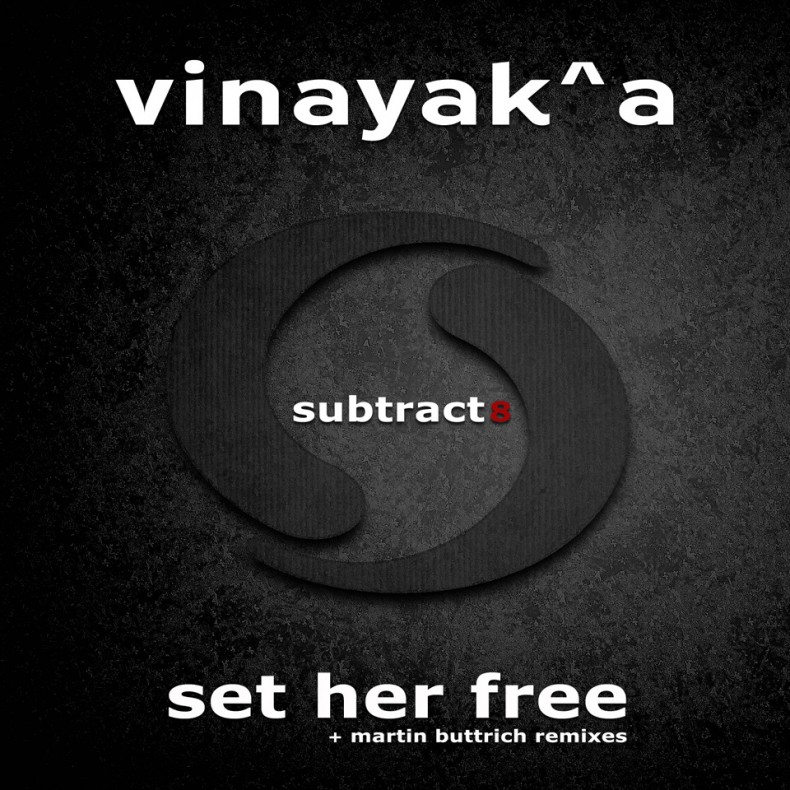 Vinayak A • Set Her Free

Hailing from the magical land of India, Vinayak A is no stranger to mystical rhythms and mysterious atmospheres. A part of India’s ever-growing scene, he’s leading the way with a series of releases that explore the deeper side of electronic music. This one is no different!

With a deep and warm bassline that picks you up and carries you across like a magic carpet, Vinayak A takes us into his dreamy world with such ease, that the listener cannot help but be transported to the ethereal realms. On the flip-side, German veteran Martin Buttrich disassembles the original into a pair of spacey delights, with his powerful yet atmospheric touch that made him one of the most respected producers around the globe.

Feedback:
Alex – (Faze Magazine, Germany) – Perfect Buttrich Remix, like so many times. The original is very mystic and great.
Alland Byallo – Really cool original and of course Buttrich’s mixes are gold. That guy knows what he’s doing in a million ways.
Audiofly (Luca) – Martin for President!!! Always supporting… His Dub is my pick here.
Behrouz – I think Martin’s remixes are gonna work for me here. Will be playing!
Bruno Dietel – (Radio Fritz, Berlin, Germany) – The Dub mix from Martin is far better than the Remix. Support!
Christilization Radio, Serbia – Stunning release, 10/10 for me! Beautiful original and two lessons by Martin Buttrich, fantastic. Thanks, I’ll play for sure.
Dan Curtin – Nice and atmospheric stuff from vinayak^a. Gonna have to test it out.
Danny Howells – Buttrich’s mixes are superb .. The Dub for me especially. But the original is a stunner as well, total bliss.
Dave Seaman – Buttrich is always interesting and emotive. Nice original from Vinayak too
Diesel (X-Press 2/MoS Radio) – Oh my days!!! This is killer!!!! Both Buttrich mixes are so so good!!!
Diversions – (CHRY Toronto, Canada) – Diggin’ the warm trippy percussive swirl of the original mix!
DocePulgadas (Radio, Spain) – This is really nice, especially the Buttrich remixes.
Ed Davenport – Nice Echo dub! The others a little too straight forward for me but good quality.
Eelke Kleijn – Love it! I dig the original and the remixes. Great package!
Guy Gerber – Thank God for Martin Buttrich!!! His Echo Dub stands out here. Support!
Guy J – More great mixes from Martin… Support of course!! Echo Dub my pick.
Hector Romero – That’s a great groove on Martin’s Remix!! I am all over this!!
Hernan Cattaneo – Martin is always straight into my sets!! Good stuff!! (Martin Buttrich remix played on Resident episode 112)
Ian Pooley – If it’s Martin Buttrich, then I love it!! Supporting!
Ibiza Voice – To be reviewed.
Igor (Ibiza Sonica Radio) – Martin Buttrich’s remix is outstanding!!
Ivan Smagghe – WOW! This is trippy!! I LOVE the original.
John Digweed – Martin Buttrich Remix played on Transitions episode 464.
Jon Charnis – Great release but Martin’s “Echo Dub” is the one for me. Super trippy and groovy. Will be supporting heavily!
Joris Voorn – I’m loving the deep vibes of both the original and remixes. Support from me.
jozif – Amazing mixes from Mr Buttrich…as per!!
Kiki – Wow.. You know it’s a special release, when you hear all the 3 versions on a loop, completely hypnotized and almost forget to write a feedback. (charted and supported on Boiler Room)
Konrad Black – The Original is a really cool record. The Echo Dub is my favorite here. Nice work all round.
Larse – Martin’s remix standout here for me…
Laurent N – (Nice Radio, France) – Sublime Original track with Great remix by Martin Buttrich. I love this release. Will play & FULL SUPPORT!!!
Makossa – (FM4 Vienna, Austria) – This is an excellent release! All mixes!
Mano le Tough – YES! Its all about Martin’s remix for me here. Great work!
Matthias Vogt – Another top notch remix from Mr Buttrich!! Will support!
Michel de Hey – Can’t go wrong with Mr. Buttrich on the remix service, great one again!
Nick Warren – Now that is a lovely Original production and more great work from Martin!
Patrice Baumel – Vintage Buttrich, shiny and detailed business class house music. Always room for that in my crate. (I just want to add that the original version by vinayak^a is also a beautifully crafted piece of music and that it’s super-exciting to have this part of the world come onto the scene and make an impact. Exciting stuff that just escaped me on first listen. Credit where credit’s due. Top notch!)
Peter Kruder – I am in love with the remixes of Martin Buttrich!!
Ramon Tapia – Oh yes!! Buttrich for the win!! Huge mixes here from Martin!
Reboot – Martin’s remix really is GREAT!! Will be supporting!
Ryan Crosson – Another masterclass from Mr Buttrich!!
Satoshi Tomiie – Martin’s mix is deep and lovely… supporting for sure!
Shlomi Aber – Yeah, really interesting mixes from Martin. Gonna have to test them out and let you know how they work.
Simon Garcia – The original and Martin’s Echo Dub are really standing out for me. Great job by all!
Sounds From The Basement – (NRJ Radio, Beirut) – Love it. Will feature Martin Buttrich’s Remix in this week’s show.
Thugfucker – Killer remix by Martin Buttrich… That bassline is infectious like a night at a nasty bordello!
Tiefschwarz (Basti) – This is such a top release… and great mixes from Martin!! Echo Dub my pick.
Tim Paris – Martin’s Echo Dub is simply GREAT!! What more can I say? I’ll play!
Tobi Neumann – Although the original is not my cup of tea, it was perfect to choose Martin for a rework. The Dub works very well for me!
Tom Breu – (Klubbing, WDR 1Live, Germany) – Martin Buttrich did excellent work.. But I didn’t expect anything else!!
Uner – Amazing remixes from Martin!!!! Genius!!
Vince Watson – The original from vinayak^a is a beautiful record!